We’ve been keeping busy this year in our own hometown with a crazy idea we had: Loog Guitar events. Or, in other words, why not offer concerts for kids and then show them how to rock out once the gig is over? Luckily, we found many similar-minded people who thought our idea wasn’t that crazy and let us test it out. 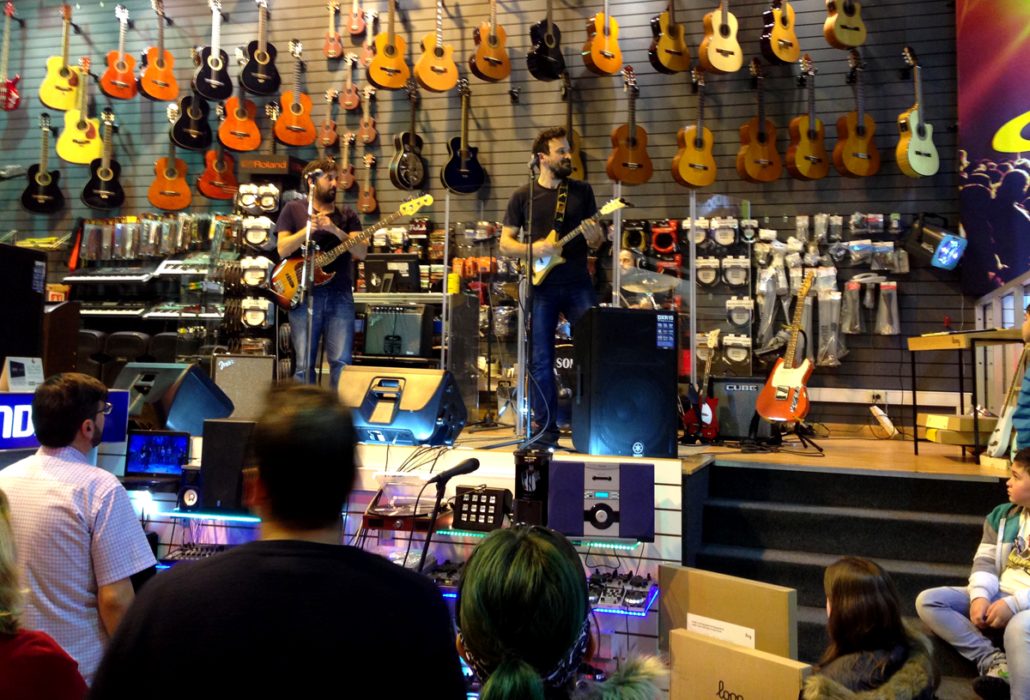 And boy was it fun! Kids were not only enjoying rock shows made for them, but also sticking around to learn to build and play the Loog Guitar. The more extroverted bunch even dared to hop on stage and try the Loog out! Others prefered one-on-one sessions at the end of the show, helped by band members and music teachers.

Of course, this wouldn’t have been possible without the most amazing kids’ band: Granja de Piratas. Musicians from the band took turns to put on some of the most entertaining rock shows for kids we’ve ever seen, playing the Loog on stage.

It was a win-win situation for all. Music stores, clothing stores and music academies got to show their own products to eager potential clients. Music schools showed off their teachers’ expertise and booked a couple of lessons. We got to show off the little-guitar-that-could to music-minded parents. And kids got to have the time of their lives taking part in a real-life rock show put on just for them.

After gaining some experience in the format, we decided to take part in the first festival for kids here in Montevideo. So we got together with Granja de Piratas and took their show to the first Festivalito ever. What started out as a show for just 10-20 kids and parents exploded into a full-fledged gig with hundreds of families stopping by to sing, dance and learn to play. Awesome!

We’re looking forward to taking this format and playing with it in the US next year. So stay tuned for news! We might be playing in a city near you very, very soon