Why Do So Many People Love Prince? 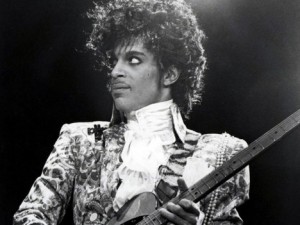 Prince’s birthday is coming up! Yes, we know, his birthday isn’t until next Sunday (June 7). But what can you do with a Sunday birthday other than celebrate it all weekend?

You guys might have realized we’ve got a huge musician crush on Prince and always do something special for his birthday – and the day he turns 57 couldn’t be any different.

Today we’re going to address a -sadly- VERY common question: why do so many people love Prince?! Most people know Prince for his eccentricity, his pop ballads and basically being the poster boy for 1980s fashion and style. And when you’re just focusing on that, it’s easy to see why so many people just don’t understand why so many fans, critically acclaimed musicians, guitarists, keyboardists, bassists and more absolutely love him.

But Prince IS amazing. There’s no hype to it. Here’s our attempt to explain it.

1. He is incredibly prolific
Prince is one of the most prolific artists out there – to date, he’s released over 40 albums, won seven Grammy Awards, a Golden Globe and an Academy Award. He’s had too many hit songs to count. He’s done four movies. He’s written huge hits for other artists. He was the go-to music producer of the 1980s. Prince is generally known as an artist, but he’s also an acclaimed musician, producer, director, composer, actor and songwriter. Basically, he’s made a name for himself in not just ONE career, but several ones people only dream of having.

2. While we’re at it, he’s an amazing artist
Prince’s style and aesthetic are basically what we imagine when we think of the 80s and 90s. Just look at this video:

All the clichés are there – only that, back then, these weren’t clichés but an aesthetic in the making (plus, it’s way back when music videos could be six minutes long and no one cared).

Plus, listen to the first few seconds of that song – you immediately can tell it’s a Prince song. Is it because of the synth? Ok then, here’s another more recent example:

Just the first few chords SCREAM Prince. And only a certain kind of genius can actually put a personal brand on music like that.

3. He puts on a great show – and can play a mean guitar
Surprised to see Prince with a guitar? You shouldn’t be (and yes, we know most people who were born way back then know this, but you’d be amazed at how many people still think Prince is that 80s pop guy!). Prince is actually a bonafide guitar legend. Just look at him killing the solo to “While My Guitar Gently Weeps” at the Rock and Roll Hall of Fame tribute to George Harrison (skip over to 3:28 to see Prince in action):

And that’s the thing – he just owned the moment right there, with all those top-notch musicians behind him. Prince comes from the era of Michael Jackson and Madonna, people who choreographed their shows to the tee, even lip-synching entire shows. Prince provided the real deal: his live shows are chock-full of examples of him just making swift changes, stretching out solos or even changing beats on the fly. His live shows are as unique as they come. Here’s an entire playlist of live Prince if you don’t believe us:

4. Did we say guitar? He plays a mean ANYTHING
Prince is truly a musical virtuoso, considered one of the best guitarists, vocalists, keyboardists and bassists around. He’s actually known for playing ALL of the instruments in some of his albums, and has a knack of showing up at shows and asking to play. Check out these two examples. Both feature guitars, though – Prince is also not a fan a YouTube videos

5. He can whip out hits, just like that
We’ve already told you Prince is also a songwriter – but he’s also written an abundance of hits for other people. Do you recognize this song?

Yup, the song was written by Prince. How about this one?

Also Prince. But we won’t bore you with an entire list of other artists’ hits actually composed by Prince – swim around his Wikipedia page for a ton of more entries

Think there’s something that makes Prince great that we missed? Tell us in the comments!