**UPDATE: Entries for the Loog Guitar Giveaway have already been closed, but feel free to continue sharing your favorite songs of 2013!**

This was a super special year for us – we know we say that every year, but you guys are making every single year even better than the last! We’ll be recapping the awesomeness that was 2013 later, but first things first.

We’ve been receiving a ton of pics of kids playing their Loog after finding it under their tree. We can’t even begin to describe how awesome this is and how stoked we are that you’re all sharing those moments with us. According to our numbers, 2014 will probably see a rise in kid rockers sporting three-strings and learning about music – we’re honored that the Loog will be such a huge part of that. 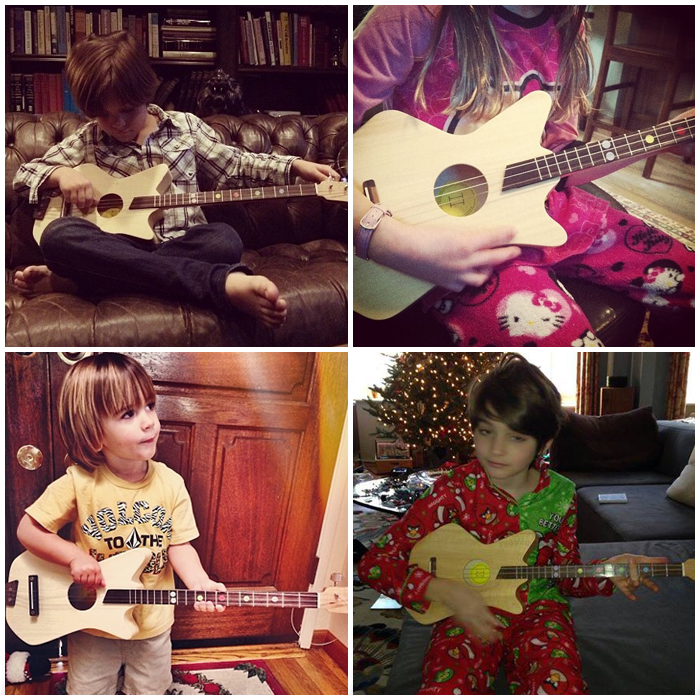 (Huge thanks to @patrickisrad, @chicagofretworks, @agentmule and Paul Conte for letting us re-share all of these pics with you guys!)

And now, let’s jump right into what you’re waiting for. Three years ago we decided to throw a Loog Guitar Giveaway so that everyone who hadn’t gotten one under the tree would have a last chance to do so. We repeated the experience last year and, lo and behold, this year marks our THIRD giveaway. We’re creating traditions, baby!

The rules are simple: just comment on this post telling us what the best song of 2013 was – any song, by any artist and we promise no public shaming (so guilty pleasures are allowed!). Then we’ll run the results through a random picker app-thingy and the winner gets a brand new Loog Guitar delivered to their door.

We’ll keep this going until Sunday, January 5th 2014, 23:59 EST. The winner will be announced on this blog on Monday, January 6th so keep your eyes open! We’ll need to contact you to get your address to know where your brand new Loog is going