Many music teachers are slowly turning toward the Loog to teach kids how to play guitar – the instrument holds easy learning and kids at the heart of its design and we’re psyched that so many educators have caught on. David Mills is one of precursors of this movement. 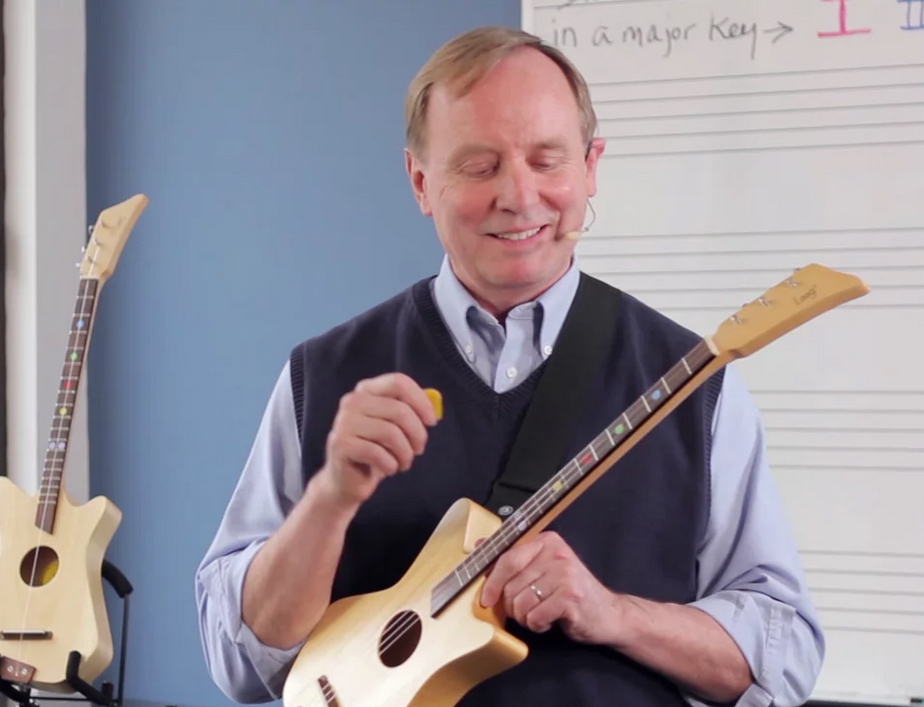 We’ve talked about David, our favorite music teacher, over and over and over again – but most of you probably don’t know him that well. That’s why we thought it’d be cool to launch our new Educator Spotlight feature sharing a bit more about it.

David is a high-profile music educator who decided to use singing, strumming and song writing as a vehicle for teaching music fundamentals to young children. He started out by using ukuleles with 3-strings tuned GBE like the highest 3-strings of the guitar. He later discovered Loog Guitars which, according to him, have much better spacing and string length than ukeleles. “The colored dots on the Loog Guitars have been extremely useful when creating neck diagrams for chords and scales,” he tells us.

Using an amalgamation of concepts found in Suzuki, Orff, Dalcroze and Kodály -and a repertoire of popular music from around the world- David named the program “The DoSo® Guitar.” The program was first piloted at the Neighborhood Music School (NMS) in New Haven, CT, one of the oldest and largest community arts schools in the US. With this method, children discovered that they could play music within the first 10 minutes of their 1st lesson as seen in this video of a 7-year-old performing at the start of his 2nd lesson:

Amazing, right? And that’s not the end of it: using the Suzuki format of teaching individual students a common repertoire, David could create a DoSo® Band with just one rehearsal. Seriously:

David then looked to pilot the DoSo® Guitar in other renowned afterschool programs that offered little in the way of instrumental instruction, such as, The Boys and Girls Club of New Haven, an organization founded in 1871 by the wife of Eli Whitney:

In New York City David has also been working with Wingspan Arts:

In the summer of 2015 the W.O.Smith Music School in Nashville asked David to incorporate the DoSo® Guitar into a week-long camp for students who had little or no experience playing a musical instrument. In just four days 36 children had lessons on guitar, piano, recorder and percussion. In many music programs, students often start out by playing “Hot Cross Buns.” In a DoSo® Guitar class they play “Low Rider,” a song that many children recognize as theme song from the George Lopez Show. At W.O.Smith, they found a way to combine the two.

Be sure to check out www.DoSoMusic.org to see more of David’s inspiring work.