Mother’s Day might be flowers and cute cards and breakfast in bread, but it’s also a great day to remember how much moms actually rock. And when it comes to music, they quite literally do.

We’ve talked in the past about the great divide between female and male rock stars and how our own numbers have us very optimistic about the future of, say, gender-guitar equality. But nothing speaks better to young girls who want to play guitar than female musicians who have managed to do it all – succeed in their music careers, have kids and then hop back onto the tour bus.

So this is our little tribute to those moms who’ve shown that it is possible to be a musician and a mother – and have rocked at both throughout their lives. 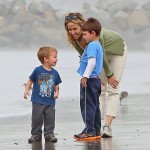 Sheryl’s always been faithful to doing her own thing, even when it comes to kids: in 2007 she adopted her first son, Wyatt, on her own. And if that weren’t brave enough, she did the same thing in 2011, welcoming little Levi into her life. The song we chose is “Detours” from her sixth studio album by the same name. In it, she calls out to her own mom, asking her to comfort her over things that have happened in her love life as an adult. Just goes to show that no matter what age we are, we’re always turning to our mother when we’re the most vulnerable. 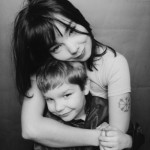 Never the one to shy away from challenges, Björk actually has two kids: 26 year-old Sindri and 10 year-old Isadora. The song we chose is “I see Who You Are”, which Björk sings to her own daughter and starts out like a futuristic lullaby to then turn into a powerful mix of sounds that go from harsh to soft. Just like growing up.

3. Yoko Ono – Don’t Worry Kyoko (Mummy’s Only Looking for Her Hand in the Snow) 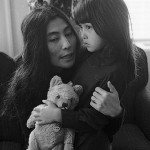 We all know Sean, Yoko’s son with John Lennon. But back in 1963 Yoko had another daughter, Kyoko. Her dad kidnapped her back in 1971 and after a fierce custody battle, both mother and daughter were estranged from each other until Kyoko was around 30 years old. “Don’t Worry Kyoko” was written in 1971 and called by many critics one of Yoko’s strongest recordings. And all she’s doing is desperately telling her kid not to worry while panicking herself – sounds like a lot of moments in parenthood if you ask us. (Oh, and just in case you have been living under a rock and don’t know the song – turn down the volume before you press play.) 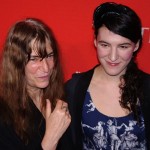 Patti has two kids (30 year-old Jackson and 26 year-old Jesse) but this song was actually composed to remember her mother, Beverly, who loved roses but was allergic to them. “Mother Rose” also talks about that moment in which you realize that you’re the parent now and must guide your own kids, just like your mother did. That’s one of life’s dualities we don’t hear much about: being a mother and a daughter at the same time. 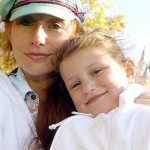 As any hardcore Tori Amos fan will attest to, her daughter Natashya is as talented and free-spirited as her mom. And kudos to her! As much as we love Tori, imagine what it might be like to be her kid. She usually tells the story of 3 year-old Natashya asking her who God is. Her first instinct was to ask “You mean the God behind the God?” but stopped herself on time by thinking “Jeez, T. Back off – she’s only three and a half.” In this song, both mother and daughter sing together about the conflicting feminine and masculine forces in the world. We guess that now that she’s 12, Natashya has a better grasp at what her mom means. 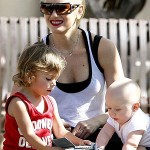 The awesome thing about having a rock star mom? She knows what girl power is and isn’t afraid to preach it. We love Gwen Stefani for her evolution. She’s always admitted to just wanting a husband and kids for her life but didn’t let her traditional goals make her any less deserving of respect. That’s a great example for both her boys Kingston (6) and Zuma (4) to live by.

So kudos to all these awesome ladies and here’s to the rock moms in your life. Happy Mother’s Day to everyone!